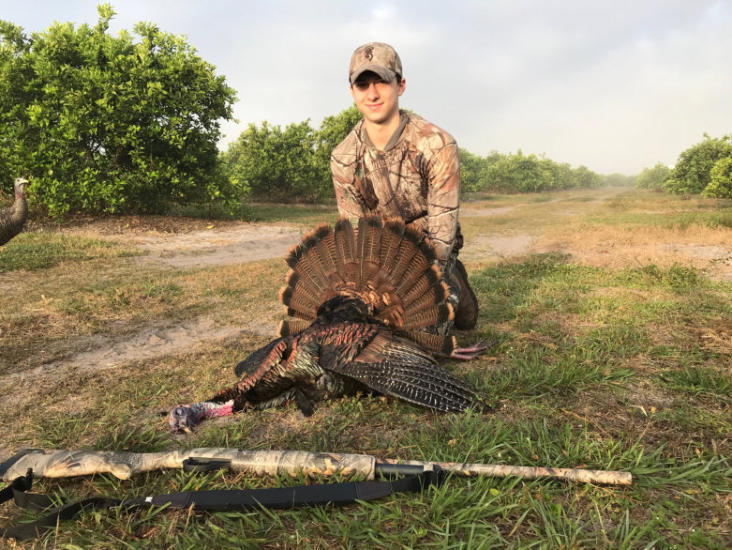 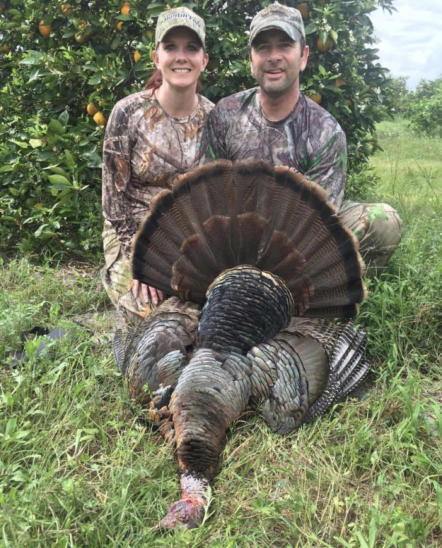 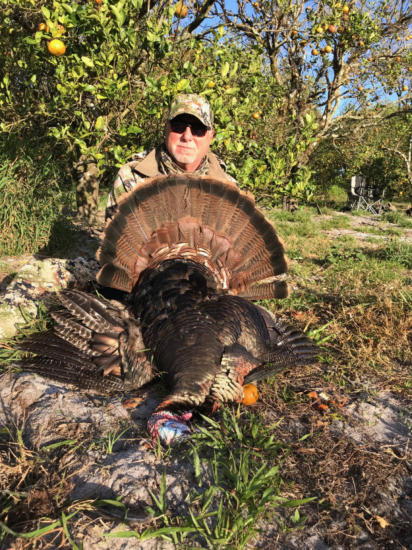 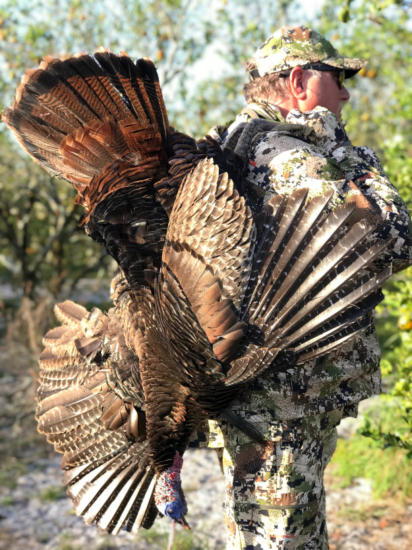 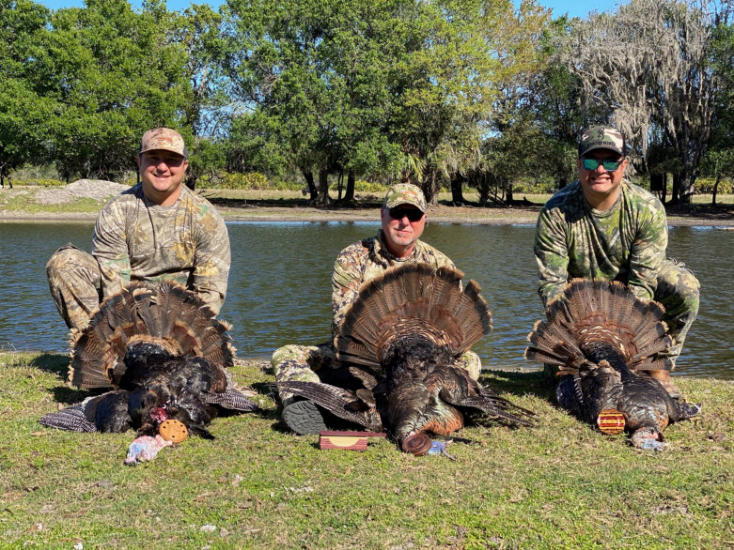 Hunting adventure
Up to 0 guests·Contact Us

Osceola turkey's are the most coveted and sought after game bird species in Florida and around the world. Also known as the Florida turkey, this unique turkey is one of the five subspecies of wild turkey in North America. This Osceola turkey is in most turkey hunters opinion the hardest bird to add to a trophy room for two reasons.

1. The Osceola Turkey for the most part is from Orlando Florida south leaving it's hunting to a confined area!

2. This game bird is the hardest to be called in and requires a professional seasoned turkey hunter to have a shooting chance at one on a three day hunt for the most part.

The Osceola turkey is an extremely popular turkey to hunt for out of hunters. The white bars on the Osceola are more narrow, with an irregular, broken pattern, and they don't extend to the feather shaft. It's the black bars of the Osceola that actually dominate the feather. In conjunction, the secondary wing feathers also are darker. When the wings are folded across the back, the whitish triangular patch formed is less visible on the Osceola. Osceola feathers also show iridescent green and red colors, with less bronze then the eastern.