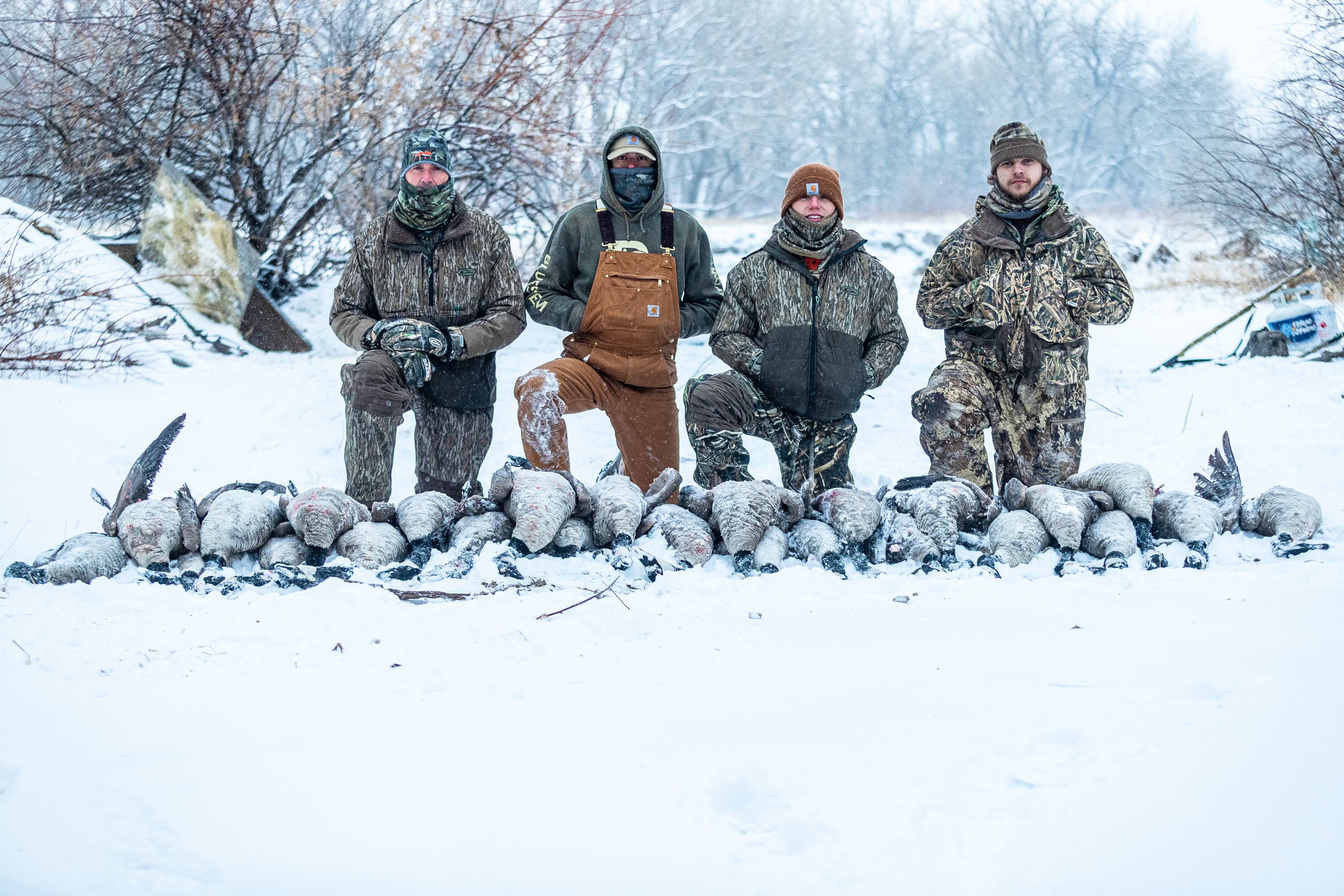 The Other Guys Outfitters

Your guide to Waterfowl hunting in Nebraska

Some may view Nebraska as a pass through state for migrating waterfowl through the Central Flyway. In reality Nebraska, can produce some of the most exhilarating hunting in the Central United States. The rich landscape of crop stubble and vast array of river corridors, create prime waterfowl hunting real estate. With Nebraska holding thousands of miles of rich Waterfowl Hunting Habitat, locating the best place to hunt can become an overwhelming task. This is where Mallard Bay becomes a vital tool for all Nebraskan Hunters to learn more about where to hunt in this great state.

Nebraska Waterfowl Hunting is home to on average 15+ different species of Ducks and Geese that travel annually along the Central Flyway. In the early part of the season, mallards flock to the waterways of Nebraska, presenting Nebraska Duck Hunters with the chance of limiting out on green heads. Later in the season, waterfowl shift their patterns and the opportunity to hunt snow and light geese increases as these birds begin to stage all across the state. Mallard Bay provides the possibility for everyday people to book Top-Tier Nebraska Guided Waterfowl Hunts with our network of Trusted Nebraska Waterfowl Hunting Guides. Our network of guides span across the entire State. This allows all Nebraska Waterfowl Hunters to easily book a guided waterfowl hunt with the #1 Waterfowl Outfitters in Nebraska. Each Trusted Nebraska Waterfowl Outfitter offers exclusive Guided Duck and Guided Goose Hunts only found on Mallard Bay.

The Guided Waterfowl Outfitters at Mallard Bay spend months preparing, watching and studying the movement of waterfowl across the Mississippi flyway. These Top Tier Guides become local experts on where the birds are in Nebraska, what pushed them into the area and what their patterns are looking like. Guided Nebraska Waterfowl Hunts create a chance for novice and experienced hunters alike to shoot mallards, teal, specklebelly, canadian geese and other migratory birds across the vast landscape of Nebraska. Based on the region you hunt, Guided Nebraska Mallard Hunts might be your thing. You might love the exhilarating sounds of thousands of honking Snow Geese flying above you as you let the pellets fly on a Guided Light Goose Conservation Hunt. Whatever species fuels your obsession with Nebraska Waterfowl Hunting, Mallard Bay makes it that much easier to find and book an Nebraska Waterfowl Guide, with hundreds of Trusted Waterfowl Hunting Outfitters available.